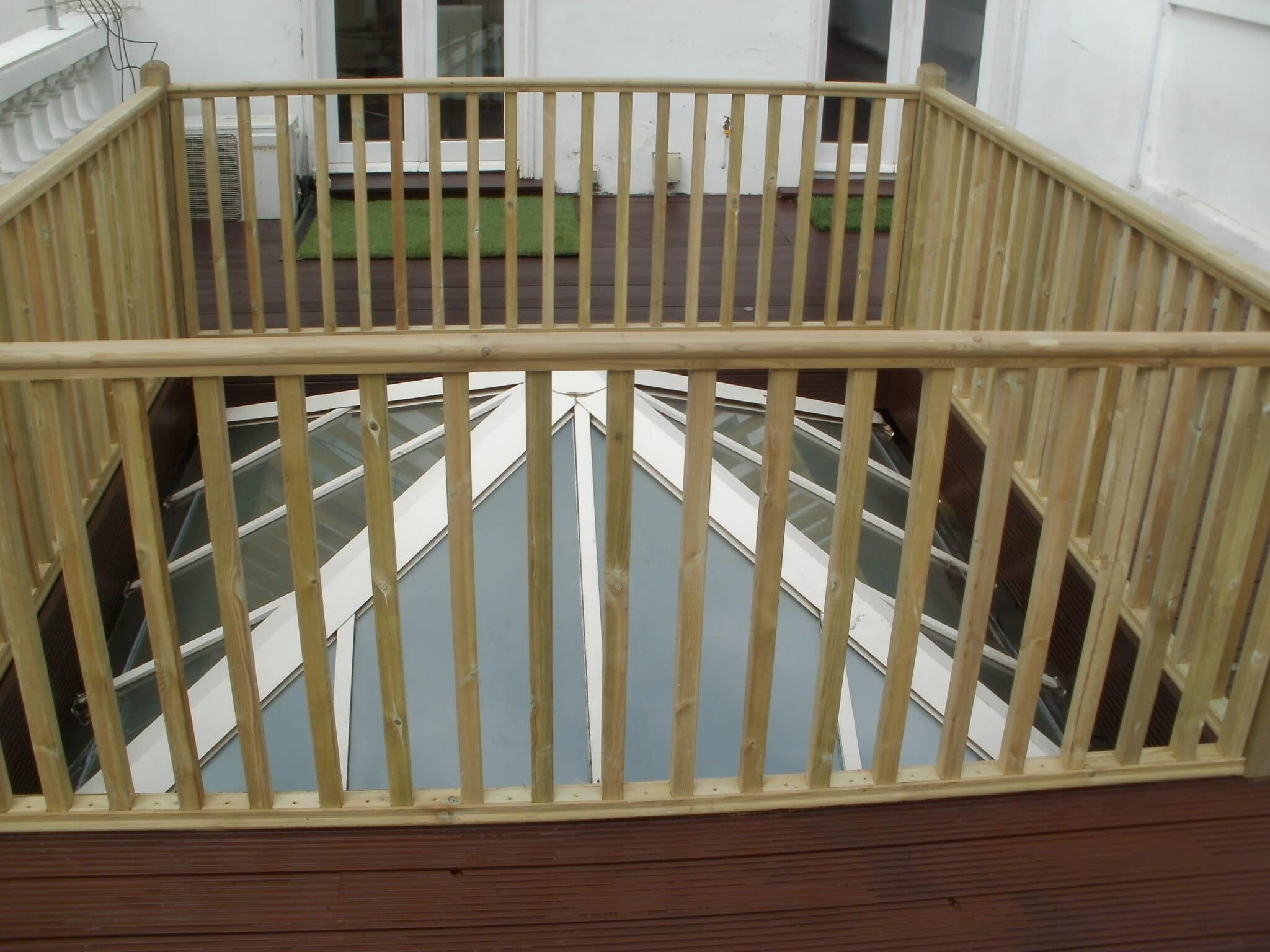 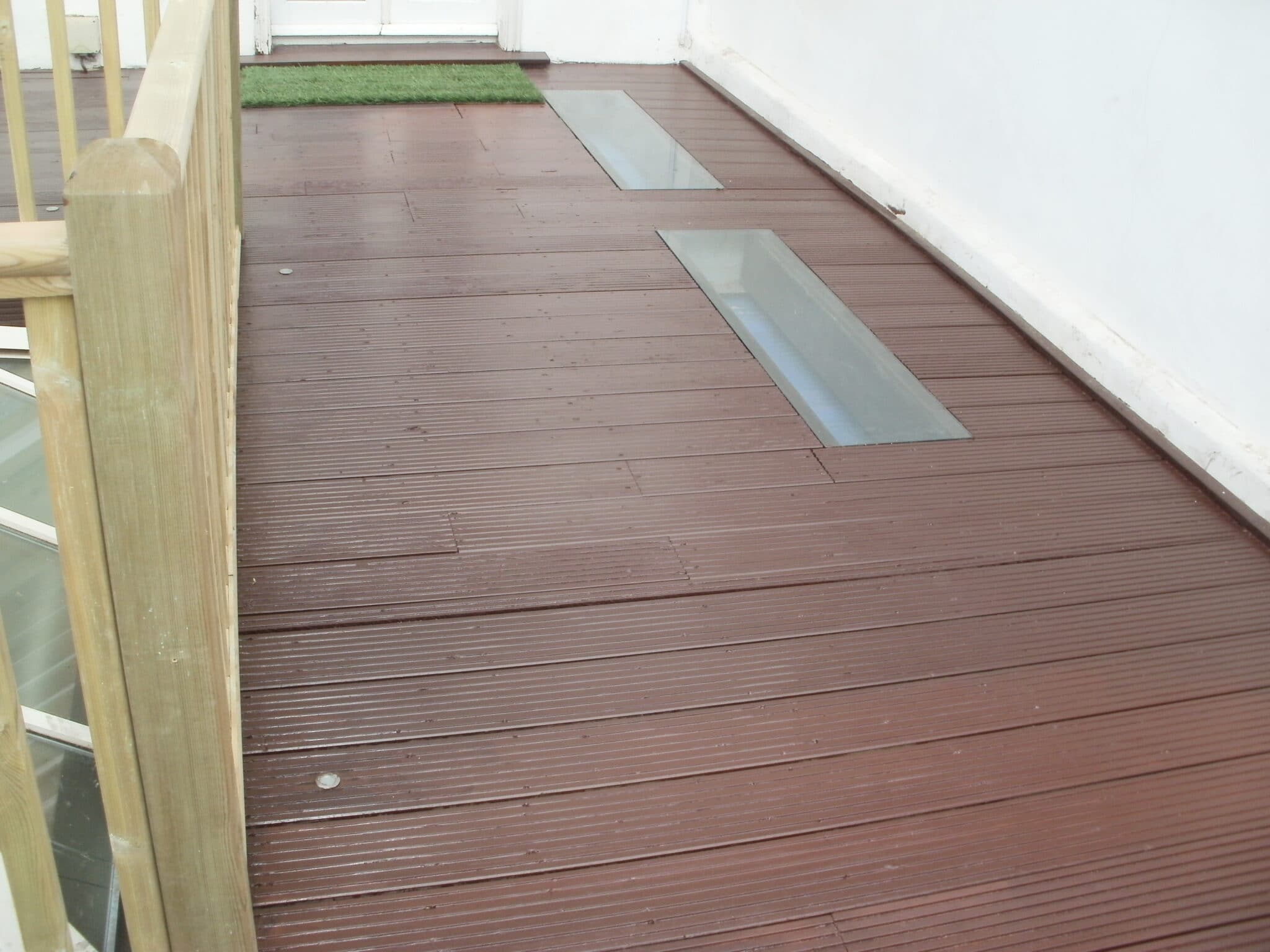 Adamson Construction was contacted to stop water ingress from the first-floor balcony into the front section of the proposed Estate Agents Office on the ground floor before new false ceilings were installed.

The original felt roof had been damaged when a previous timber decking had been installed by the owners of the flat on the first floor, there was some damaged glazing to the roof lantern as well. This was causing some water ingress into the building below in different locations.

Our client and the owner of the first-floor property agreed to allow the timber decking and roof covering to be removed and disposed of and a new system put back in its place.

A scaffold was erected to the front of the building up to the first-floor level, to allow access and egress to work and storage areas for new roofing materials. The balcony doors from the first floor flat were secured so no access from the flat was possible whilst the works were being carried out.

When the original plywood roof boards were being removed it was noticed that some of the roof timbers had started to rot. The roof area was supported from below using acrow props whilst the rotten timbers were removed and replaced. The works were done in such a way, that whatever area of the roof was removed in a day the same amount was replaced so the roof was waterproof at the end of each shift.

We replaced all the plywood roof deck, which we then covered using a cold felt system, which in turn was coated using a flexible roof coating.

A new timber decking was installed above, not on, the new roof system below, by using a steel frame. We then fitted new treated roof timbers on top of these which the decking boards were fixed to. We had to make allowance for the original lighting layout and cut and installed glass panels into decking boards. Decking boards were painted with two coats of wood stain.

We installed a new handrail around the roof lantern for the safety of anyone when using the roof decking area from the first floor flat.

Finally, we removed and replaced two sections of the roof lantern with toughened obscured glass.

Adamson Construction are proud to be accredited with the following: